The Lord has been using the wilderness for thousands of years as a place of accelerated growth and training. Leaders are drawn and equipped, and transition from where they are to where God is calling them. The Word says, “Remember how the Lord your God led you all the way in the wilderness, to humble and test you in order to know what was in your heart.”[i] There is nothing that so quickly reveals the condition of our hearts than wilderness seasons. During these stretching times, we plead for God to transform us so that we might become more like Christ. 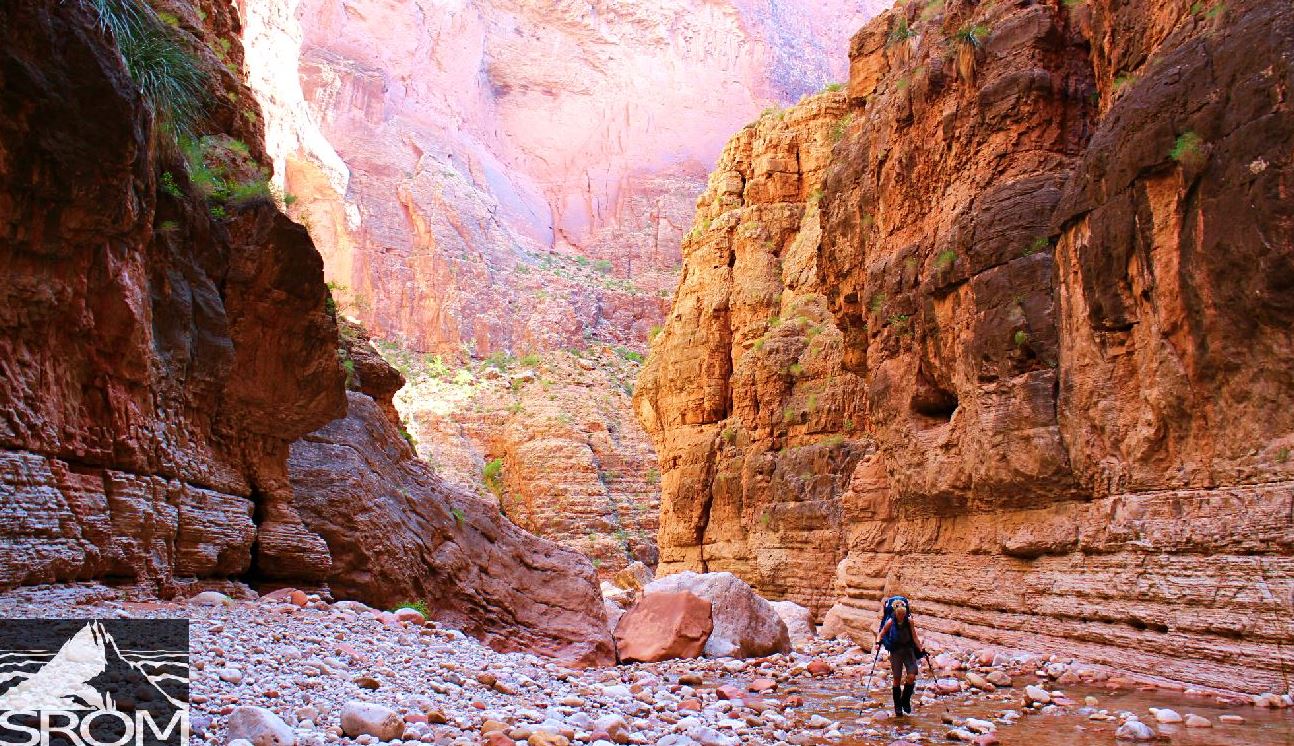 Jesus Himself valued experiential learning and led wilderness adventures: He brought people into creation in order to facilitate teachable moments from situations that occurred. (Consider the story of the disciples and Jesus crossing the Sea of Galilee in a boat during a storm.[ii] Could they have learned the same lessons in the basement of a church?) In the New and Old Testaments we consistently see wilderness both as a way for God’s people to encounter Him, and as a setting in which God establishes covenant with His people.

Throughout scripture we see examples of God using the wilderness as a way to teach His people four key things: who He is, what He does, who we are as His people, and what we are to do as His people. From the very beginning, we see God’s original plan to be in close fellowship with His people (Adam and Eve) in His creation (the Garden of Eden) doing His work.[iii] God reveals Himself as a kind and generous Creator who designs a world full of beautifully intricate symbiotic relationships.

From the start, we see that His people are given an identity (they are made in the image of God) and a purpose (they are to steward and cultivate His creation). Even after the man and his wife sin, the Lord speaks a promise that one day the woman’s offspring will crush the head of the serpent,[iv] prophesying that the offspring of a woman will fatally injure the Tempter. Adam, trusting in this promise, names his wife “Eve,” because she is “the mother of all living.”[v] Though they have been cursed and have brought a curse upon creation, Adam understands and trusts the Lord’s promise that from this woman will come One who restores the broken relationship between Creation and Creator.

In the Old Testament, we see slaves and prophets alike encountering God in the wilderness. Abram journeys out from his father’s house in Ur and sojourns with God in the wilderness of the Negeb.[vi] Later, north of the Negeb, the Lord meets with Abram in a vision and promises that from Abram will come a great nation, and that his offspring will possess the land through which Abram is sojourning.[vii] God reveals Himself to Abram as being a God of covenant, of blessing, and of faithfulness. Abram is given a new identity as Abraham, the “father of a multitude.”[viii] God also reveals Himself as a righteous God who will use Abram’s offspring as a holy nation, set apart to do the Lord’s will in the Lord’s timing.[ix]

Hagar, maidservant to Sarai and concubine to Abraham, encounters an angel of the Lord in the Negeb wilderness after she flees from Sarai.[x] It is there that God reveals Himself to her as “a God of seeing,” and who Hagar calls “Him who looks after me.”[xi] Hagar, pregnant with Abraham’s child, is told the identity, name, and personality of the unborn boy. Later in Genesis, we see Hagar and her son Ishmael again in the wilderness after they have been driven from Abraham’s camp.[xii] Here the Lord protects and provides for them out of His faithfulness to Abraham, and the Lord promises to also make Ishmael into a great nation. 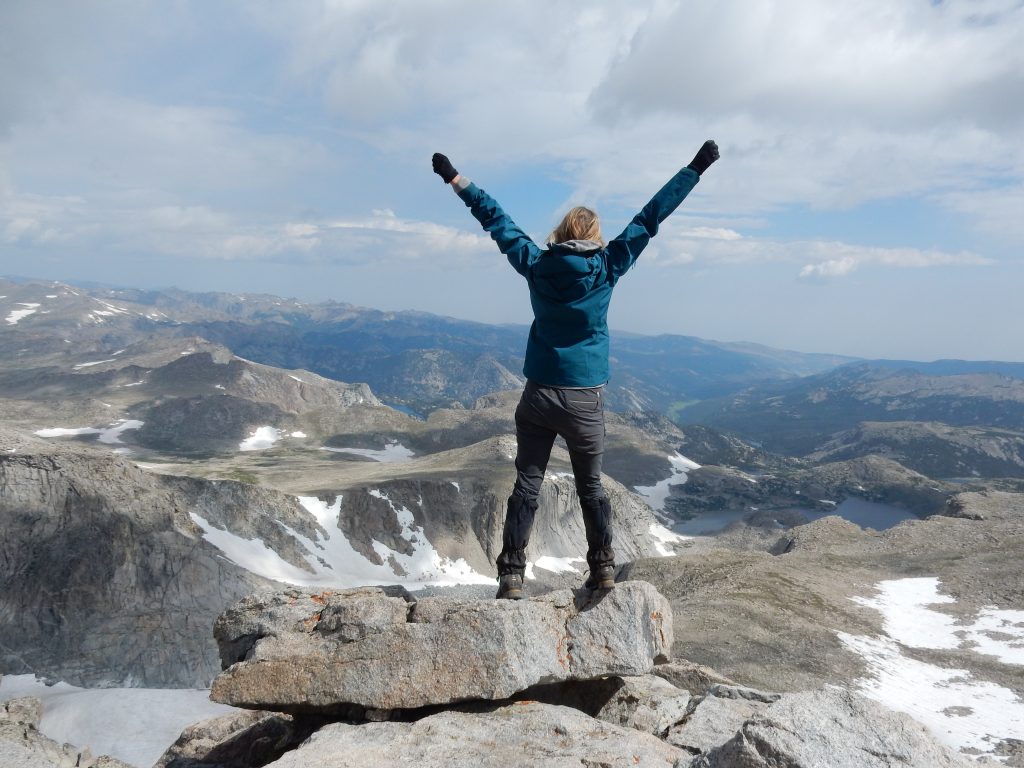 Moses, fleeing Egypt, becomes a shepherd in Midian.[xiii] It is here, as Moses tends to the flocks of his father-in-law, that the Lord draws Moses to the wilderness of Horeb to meet with Him.[xiv] God reveals Himself once again as faithful, remembering the covenant He made with Abraham. Moses, who has grown up as an Egyptian prince, is also identified by God as a Hebrew, one of His chosen people, and called a descendant of Abraham, Isaac, and Jacob. It is also in this encounter that God identifies Himself and gives Himself a name: “I am,” from which the name “Yahweh” comes.[xv] The Lord has not forgotten His people, and He calls Moses to free and lead them back to the wilderness to worship Him. Again we see that God often uses wilderness settings to meet with, speak identity over, and establish covenant with His people.

While there are certainly others in the Old Testament (Noah,[xvi] Jacob,[xvii] the Israelites in the wildernesses of Horeb and Sinai,[xviii] Elijah,[xix] David,[xx] Ezekiel exiled near the Chebar canal, King Nebuchadnezzar,[xxi] Amos as a shepherd prophet, Jonah fleeing from God’s call to Nineveh, etc.), the New Testament also provides rich examples of God’s people encountering Him in the wilderness. From reading about leaders spending formative time in the wilderness—such as John the Baptist in the wilderness of Judea,[xxii] the temptation of Jesus in the wilderness,[xxiii] and Paul’s time in Arabia, Syria, and Cilicia[xxiv]—to the many opportunities that Jesus took to teach and minister in creation[xxv] or used creation metaphors in His teachings,[xxvi] we see the wilderness consistently used as a setting for transformation, and creation as rich with metaphors for teaching. Thus in both the New and Old Testaments, we see a distinct Biblical precedent for wilderness as a setting for transformation and ministry. 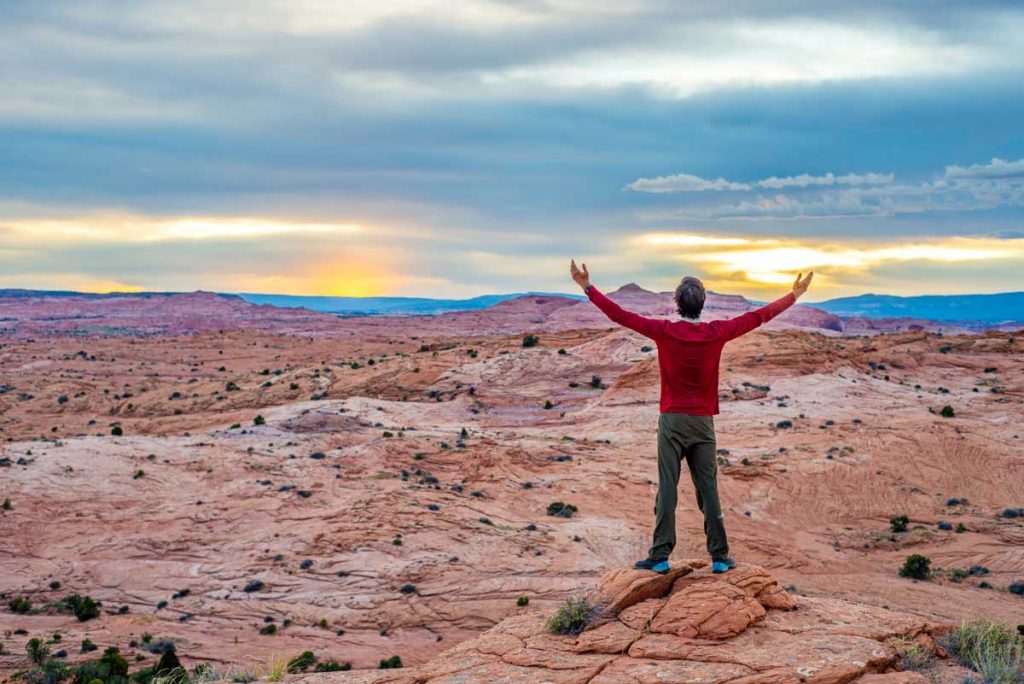 If Jesus chose the wilderness as the setting to transform lives and shape young people into dynamic leaders in the early Church, then certainly wilderness is equally critical today for young people who suffer from an increasingly distant relationship with creation, and who yearn for a meaningful vision and worldview. Lives filled with video games and reality TV, and obsessions with texting and social media deepen starvation for the Bread of Life and thirst for the Living Water. 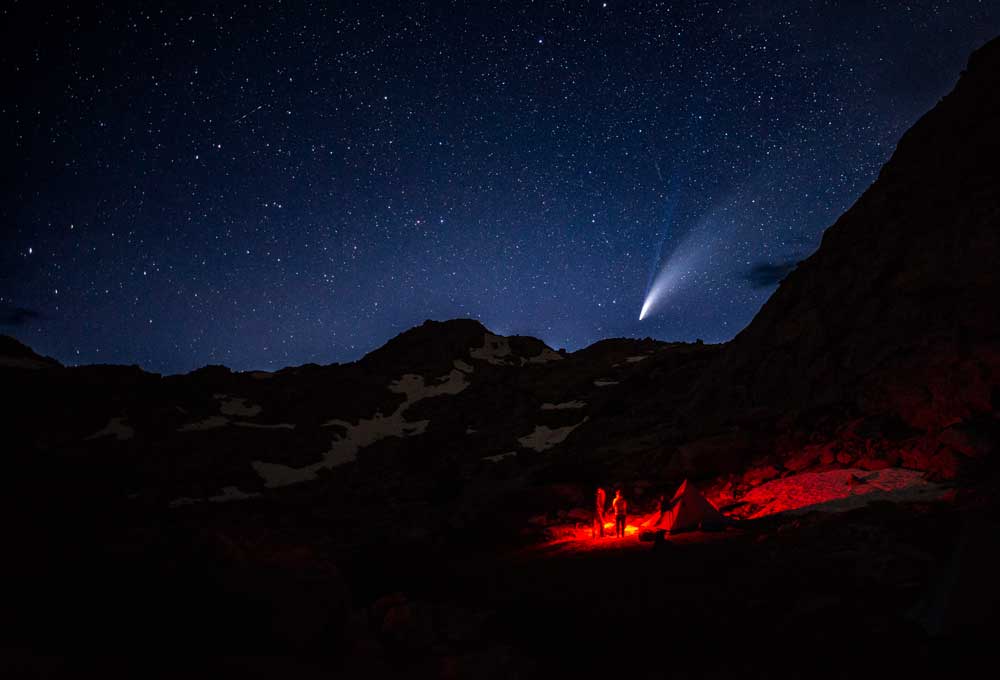 When we go into the wilderness today, we are seeking a deeper understanding of who God is, what He is doing today, the identity He gives us as His children, and what He would have us do in our spheres of influence. We also experience that which is expected and promised in scripture: we hear creation’s groans,[xxvii] see the heaven’s declarations,[xxviii] and witness the general revelation of our Creator.[xxix] And the glory in this world is but a glimpse of eternity! This is why we do what we do, and why SROM is called into this great commission with Christ. Because understanding the “why” of wilderness programming helps us to partner with you and with God in the great things He has planned for each an every one of His Children. 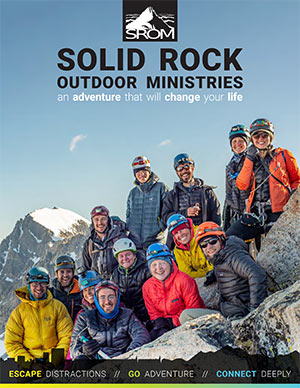 What is Wilderness Ministry?

Get a FREE mailed catalog to learn about our philosophy of wilderness ministry that we have developed over 35+ years. Topics include:

Get a FREE Mailed Catalog