For 35 years SROM has influenced youth and young adults ages 14-35.  It has not been the only demographic we have reached but given the demands of wilderness programming our courses have primarily served this age group through the years. In the United States today there are essentially 6 distinct generational demographics that comprise the population of the country.

Using a broad brush stroke, those generational demographics are approximately defined as follows:

So why does all this matter to SROM?  As a ministry that is primarily serving the youth and young adult demographic at some level it is imperative that we understand the broad themes, interests, challenges and realities of the people we serve.  Each generation has been shaped by historic, cultural, social and economic factors that impact the worldview, paradigm and hearts of the generation. It would be presumptuous to think that we can operate, lead and facilitate a SROM course the same way we did in 1983 with a group of Generation X students as we would a 10/10 Teen course today with Millennials and Generation Z students.

The Barna Group, a leading research group that studies and identifies trends in American life, recently conducted research to better understand Generation Z.  You can read more about the findings from the study by clicking here. I highly recommend you take a deeper look by reading the full article.  One aspect of the Barna research was to understand and survey the religious or spiritual beliefs of Generation Z. The findings are summarized in the list below. 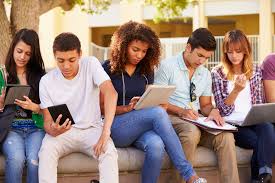 Additionally, Generation Z also self-reports as the loneliest generation.  In a recent USA Today article that can be read here, young people in the current Gen Z demographic report higher rates of loneliness than previous generations.  Interestingly, this sense of loneliness is not explicitly linked to increased technology use that can isolate people and erode quality communication.  It is also tied to the reality that Gen Z is spending less time interacting with others in public and traditionally social settings. Public spaces that have historically been places of interaction such as the workplace, neighborhoods, worship centers, and extracurricular opportunities are not being visited and interacted with as a places of social exchange.  Many in the Gen Z demographic cohort interact with peers in online spaces such as Snapchat and Instagram but the face-to-face physical interaction and socialization is increasingly absent. The lack of physical interaction, human contact, and human interaction creates an increasing sense of loneliness. 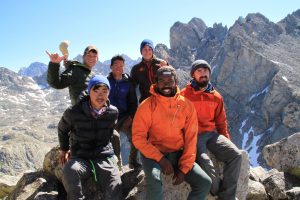 SROM and the wilderness based programming we offer has a distinct ability to meet these needs that are felt by Gen Z.  Although many self -report as either atheist or spiritual, the desire to discover and explore the possibility of a Christian God is present.  The outdoors and created world is a place that reveals the attributes and nature of God. It is a source of general or natural revelation. Psalm 19:1-6 and Romans 1:20 clearly explain that creation is a context where God reveals to all of humanity who He is and what He is like.  To be surrounded by the beauty and majesty of God’s creation, unplugged, and unconnected from the common distractions of life such as school, job, and various technologies often has a life-changing impact and paradigm shift for SROM participants. 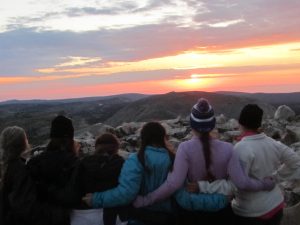 When a person is removed from a world predominately created and shaped by humans and placed in a world created by God for His glory, it is hard to deny the reality that: there is a God, I am not God, and my life is small compared to His existence.  One is confronted at some level with the truth that God is real. So what does that what does that mean for my life, my identity, my purpose, and the lives of those around me? We help students to discover these questions, and mentor them as they begin to answer these questions for themselves. 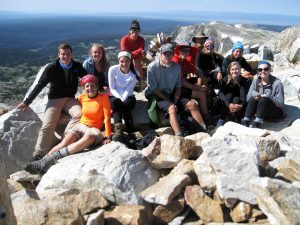 Who is God and what does He do? In light of those realities, who am I and what I am called to do? We have found that both the Millennial Generation and Generation Z are longing to know and discover these questions. In the context of authentic communities, many young people sincerely want to have meaningful conversations and discover Abba Father and His son Jesus.  Many want to know God, understand His plans for their lives, and how He can make sense of the world around them. We have found that when young people can get away from the noise of the world and into a place of majesty and wonder surrounded by a loving community, they want to be seen and known. At the same time, they want to know who is the God of the Bible and who is His Son Jesus.

Pray for us, that whenever we speak, words may be given me so that I will fearlessly make known the mystery of the gospel. (Ephesians 6:19)