Cumulative Impact & the Body of Christ

What is cumulative impact? In the outdoor world, the phrase is a bit of a buzzword describing the effects of many individual actions upon a given environment. For example, if one person takes a different path around a muddy area in a trail, you can’t see any impact initially. However, if 20 people take the same alternate path around the mud, multiple trails form. 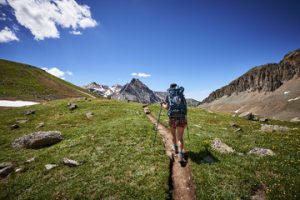 Most people emphasize the negative consequences of cumulative impact—“If everyone left their trash around, this place would be a disaster; if everyone picked the Columbine flower, there wouldn’t be any left to reproduce for the next season.” However, cumulative impact can also be seen in a positive light, which is a much more encouraging way to think about the process. It might not feel like my responsible actions are doing much, but my contribution is significant. If no one believed that their actions mattered, or thought only of themselves—well the result is a “tragedy of the commons.”

If you aren’t familiar with the concept, tragedy of the commons describes a trend of diminishing shared resources when the individual good is valued over the communal good. Fisheries is an example often given. If each fisherman/boat/company takes as much fish as was profitable with no regard to how much everyone else was fishing, there often results a collapse of fish populations. (Another frequent example is the shared office refrigerator. Ew!) A tragedy of the commons is clearly a negative cumulative impact. 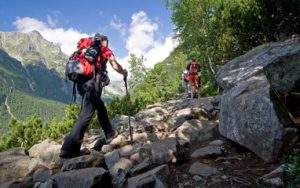 It might be obvious, but the concept of cumulative impact relates to more areas of life than just environmental ethics. Eating extra dessert one day may not significantly affect your health; however, eating extra dessert every day can make you gain weight (among other effects). When teaching Leave No Trace on SROM courses, I often apply the concept of cumulative impact to our spiritual lives and walk of faith.

The choices that we make every day affect who we become. As a part of the body of Christ we can each choose to contribute to beneficial or positive cumulative impacts in our own lives and the lives of others. By seemingly small decisions we join the beneficial cumulative work for God’s kingdom. Think of snow; a small amount of snow creates muddy puddles and brings water. On a larger scale snow brings moisture to vast watersheds, creates avalanches, builds glaciers, and carves the earth. Snow is made up of individual snowflakes, each uniquely made. The body of Christ is meant to change to the world through God’s love, which begins with each individual. As Desmond Tutu said, “Do your little bit of good where you are; it’s those little bits of good put together that overwhelm the world.” 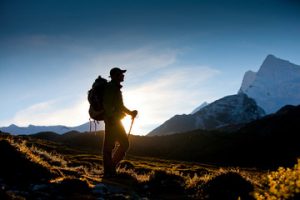