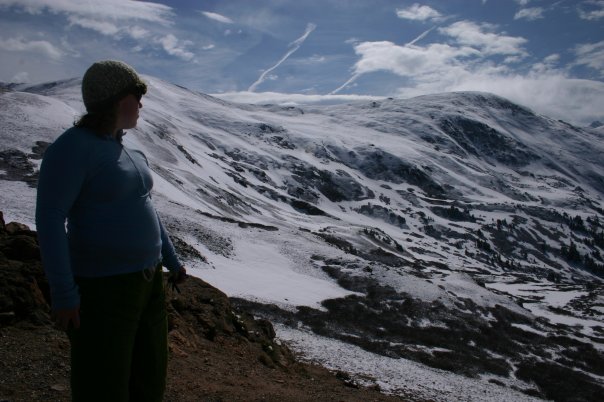 “Hi, my name is Laura and I’m an alcoholic.”

The dreaded, shame filled, guilt ridden words that a person doesn’t actually think they will admit in their lifetime, let alone out loud. It’s like a scene from one of those Lifetime movies where you are in a stark room with fluorescent lights, brown folding chairs, Folgers coffee in Styrofoam cups and you slowly and nervously stand up in the circle of other broken people and admit out loud that you are broken. It’s terrifying and yet incredibly freeing in the sense that no one in the room is trying to tell you who you are and who you aren’t. Because they too are like you: broken and they know it.

I never intended to become an alcoholic. I don’t know anyone who does. It’s not one of those things that when you are 8 years old and talking about careers and life goals, that you stand up and say, “I want to abuse alcohol when I grow up.” No one does it on purpose. No, we use substances like alcohol to escape reality and/or self medicate for the pain in our lives. 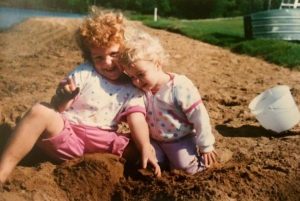 I grew up where beer, brats and cheese are an essential part of your life. But mostly, we midwesterners like to celebrate life events and with a party. And being of german-irish descent, it’s not a party without alcohol.

Looking back, gives me a perspective that at the time I didn’t have. I didn’t know then that I have a family history working against me. Sneakily hidden within the strains of my DNA are little holes that made it easier to get this illness we call addiction. And no matter what anyone says, it is an illness that is far more insidious than cancer. Because addiction doesn’t just destroy one life, it has the power to destroy all it touches.

I was 17 and on my first big ski trip with family to Winter Park, Colorado. It was awesome! Until while teaching my mom to downhill ski, we crashed and I tore my ACL. After surgery, the surgeon prescribed a morphine drip and a painkiller narcotic to help with recovery. I was addicted to the substances within 36 hours and after 6 hours of withdrawal symptoms, my dad had to rush me to the hospital for fluids.

I came to with IV’s in my hands, completely in pain head to toe, delirious, and had no clue how I had gotten there. At the time, no one even related the symptoms I had to a possible addiction reaction. How could they? I was a 17 year old with no previous history of ever having such strong medications.

I never partied with the other kids in high school, but college was another story. Even though I became a Christian in college, I can’t honestly say I knew what it really meant to walk in righteousness. I became a snowboard instructor and every week all the staff would go out to happy hour after work. And I drove the 1 hour long trek back from the slopes many times following tail lights back into Minneapolis where I lived and went to school. There were nights I had no clue how I got from the bar after work to my apartment. 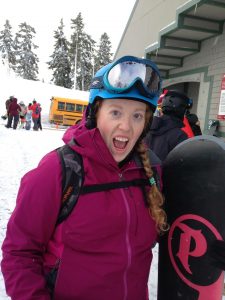 When I tried to talk about my behavior to others, they didn’t associate my issue with an addiction. I’d get comments like, “Oh, you just go a little too far once in a while,” or “No, you just need to eat more food when you drink,” or my favorite, “You’re not an addict, you just need to learn moderation.”

I’d like to say that it was right away that I turned my life around and got help. But it wasn’t until much, much later. I started guiding for a wilderness addiction therapy place in the Pacific Northwest doing backpacking along the Olympic Coast, winter camping in the Cascades, and sea kayaking in the San Juan Islands in 2014. On these 2 week treks, we would have what’s called group. It’s like AA, but in the wilderness and actually so much better. It wasn’t until I started hearing their stories that the rose colored glasses I’d been wearing shattered.

It was a sudden and piercing moment for me. I tried to ignore it for a little bit, but I couldn’t anymore. I had been running from adding that label to my identity for so long that I was frightened to add it now. But after one night in October 2014 and driving the mile home and not recalling how I gotten home, I literally fell on my face weeping. I spoke to God and said I didn’t want to do it anymore and thanked Him for not only protecting me, but others in my foolish choices that could have cost lives. Driving drunk as many times as I had, there could have been much more fatal consequences.

I repented right then and there. I dumped all that I had in my house that night. Even the cooking wine down the drain. I called friends and family and shared my heart and my struggles. I went to my director at the therapy place and came clean with him. He was awesome and slapped me on the back and said, “Welcome to the club sister.” And I did. I felt welcome, broken, but free. And I went to AA. It was hard, but so worth it.

And not everyone saw what I did inside of me, and tried to tell me that nothing was wrong. As much as those people love me and I love them, I knew that they were the ones who were incorrect. Because I came to find out that it takes great humility and great courage to admit when you are broken and need help. That there is great freedom to be had in facing adversity and overcoming it. 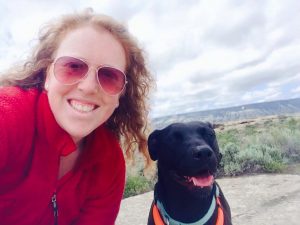 I have been sober for 3 years, 5 months, and 5 days at the time of this writing. And I haven’t looked back. Have I been tempted? Absolutely! And I ran so fast from that temptation I don’t know if anyone really knew how close to disaster I was. These days, I still go to AA. I have an incredible faith community around me who love and support me in my daily walk in being alcohol free. But I am still young in my sober life and I look forward to celebrating my 30 year anniversary in sobriety someday.

Now, I wear this identity as a badge of honor. I can say “Hi my name is Laura, and I’m an addict,” and not feel terrified, but full of hope. I share my story of addiction because I do not feel shame or guilt. I share openly how my struggles are mine, and I overcame them sometimes at great cost to myself. And I am thankful every day for the chance to have broken free when I did. 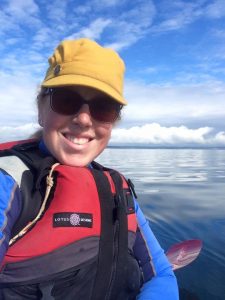 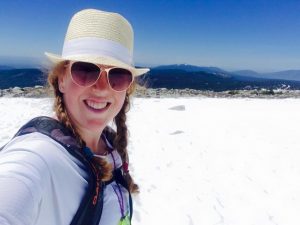 Now, every breath I get to breathe is a gift. Every paddle stroke moving me through the water is a blessing. Every snow covered slope I rip down on my snowboard is healing. Every agonizing step higher on a trail with a full backpack is full of hope. Because a miracle happened in me, and I was able to break the chains of addiction to make my Great Escape into living life abundantly through a lot of humility, hard work, my repentance and complete surrender to Christ Jesus. And as the song says, “I have decided to follow Jesus. No turning back! No turning back!”