The Gift of Protected Spaces

In our world, there is a dramatic increase in the dependence on media, social media, and technology for connection with each other.

The reality is most people spend very little time together in face-to-face communication.

We here at SROM see an increasing need for intentionality in the generations of students we serve. And, of course, we see the place of Wilderness in that intentionality more and more….

There’s a strong sense of abandonment in the generations we serve through SROM, and a deep need for acceptance and role models. That’s why we continue to be a firm advocate for intentional face-to-face time spent in authentic community. We consistently see this restorative community formed through the time spent and challenges faced on a wilderness course.

This is why we believe wilderness is so essential to every human being.

We believe we’re called to wilderness as context for ministry because it’s biblical, it’s intentional, and it’s necessary. Taking our examples from scripture, we see God took the Hebrew people into the wilderness to use trials and struggles to produce character and community. 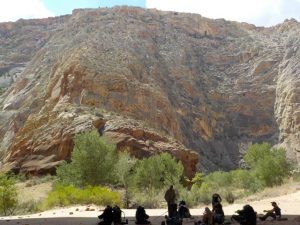 September is the anniversary of the Wilderness Act being brought through Congress and signed by the President. This incredible act of legislation brings the importance of wilderness into this modern age, reminding us how wilderness is just as important in our lives today as it was to the Hebrews leaving Egypt.

The Wilderness Act of 1964 was signed by President Lyndon Johnson on September 3, 1964. It was a historic day for many who had watched the beautiful places of our country continually fall into the hands of those who would seek to destroy and exploit these special and unique lands.

President Johnson declared in his speech while signing the bill:

“This is a historic occasion for all who love the great American outdoors, including me.” (audio clip source)

At the time of the signing, this bill set aside 9 million acres of wilderness for federal protection. There were 54 wilderness areas designated upon the signing of this bill.

The three designated in Wyoming were: the Bridger Wilderness (428,087 acres), the Teton Wilderness (585,238 acres), and the North Absaroka (350,488 acres). The largest wilderness area preserved in 1964 was the Boundary Waters Canoe Area Wilderness, totaling 1,090,000 acres in Northern Minnesota. (source) 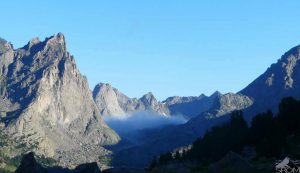 In the bill, the U.S. Government defines wilderness as:

(c) A wilderness, in contrast with those areas where man and his works dominate the landscape, is hereby recognized as an area where the earth and its community of life are untrammeled by man, where man himself is a visitor who does not remain. An area of wilderness is further defined to mean in this Act an area of undeveloped Federal land retaining its primeval character and influence, without permanent improvements or human habitation, which is protected and managed so as to preserve its natural conditions and which (1) generally appears to have been affected primarily by the forces of nature, with the imprint of man’s work substantially unnoticeable; (2) has outstanding opportunities for solitude or a primitive and unconfined type of recreation; (3) has at least five thousand acres of land or is of sufficient size as to make practicable its preservation and use in an unimpaired condition; and (4) may also contain ecological, geological, or other features of scientific, educational, scenic, or historical value. (source) 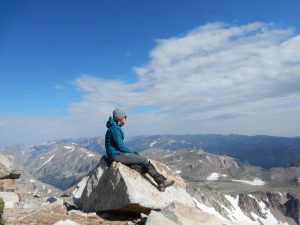 Wilderness is a place of wonder.

A place that’s still wild and challenges our more modern way of life. It’s a place where we see the Majesty of God in all of its created glory!

“The heavens declare the glory of God; the skies proclaim the work of his hands.

Day after day they pour forth speech; night after night they reveal knowledge.

They have no speech, they use no words; no sound is heard from them.

Yet their voice goes out into all the earth, their words to the ends of the world.”

It’s where the divine nature of God is revealed and stands out like mountains in stark contrast to a city skyline. Paul states in Romans 1:20:

“For since the creation of the world God’s invisible qualities – his eternal power and divine nature – have been clearly seen, being understood from what has been made, so that people are without excuse.” (NIV)

God created the world to be in and of itself a witness to His Glory and Majesty! He created it in such a way that no one could deny His sovereignty. 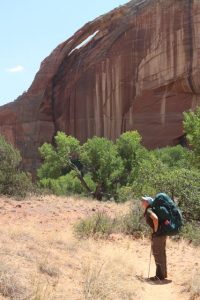 Wilderness is a place to Encounter God.

It’s where all the “extras” are gone, and we can simplify our lives to hear Him. Moses first encountered God in the wilderness where he tended sheep for his father-in-law, Jethro. It’s when he witnessed a bush burning – but not being consumed by the fire – that he investigated and had an encounter with the God of his forefathers.

“When the Lord saw that he had gone over to look, God called to him from within the bush, “Moses! Moses!”

“Do not come any closer,” God said. “Take off your sandals, for the place where you are standing is holy ground.” Then he said, “I am the God of your father, the God of Abraham, the God of Isaac and the God of Jacob.” At this, Moses hid his face, because he was afraid to look at God.” Exodus 3:4-6 (NIV)

God has used the wilderness to draw His children closer to Him.

Even in the times they turned from Him, He constantly pursued them, drawing them ever closer into relationship with Him. We see this all over the Old Testament, but especially in Hosea 2:14:

“Therefore I am now going to allure her;

I will lead her into the wilderness

And speak tenderly to her.” (NIV) 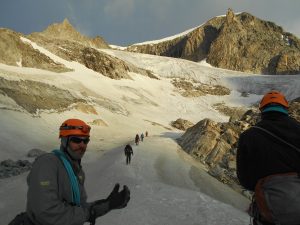 God also uses the wilderness to humble and test the hearts and character of His children.

We see this throughout the Israelite Exodus from Egypt where they wandered from camp to camp, with God going before them.  When things became a little hard, they cried out. But within every test He gave them, He also issued a promise and provision to prosper His children and not destroy them:

“Be careful to follow every command I am giving you today, so that you may live and increase and may enter and possess the land the Lord promised on oath to your ancestors. Remember how the Lord your God led you all the way in the wilderness these forty years, to humble and test you in order to know what was in your heart, whether or not you would keep his commands. He humbled you, causing you to hunger and then feeding you with manna, which neither you nor your ancestors had known, to teach you that man does not live on bread alone but on every word that comes from the mouth of the Lord.” Deuteronomy 8:1-3

He knows that in giving us these tests and challenges in the wilderness we grow in strength, courage, knowledge, and faith.

James says it well when he says:

“Consider it pure joy, my brothers and sisters, whenever you face trials of many kinds, because you know that the testing of your faith produces perseverance.” (James 1:2-3 NIV). 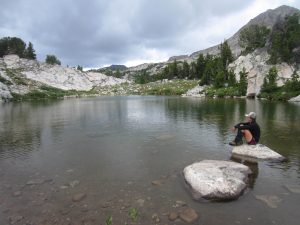 God wants us to grow in relationship with Him. He often uses wilderness to teach and enrich our lives without distractions so we learn to rely on Him for our every need. His promises abound throughout the Bible. And it was through their own wilderness experiences the people of Israel knew God would provide for them. The story of their Exodus was told to generations upon generations after the actual event as a testimony for the character and promise of God. His promises never cease and He fulfills His covenant with us daily.

“He provides food for those who fear him; he remembers his covenant forever.” Psalm 111:5 (NIV)

“He provided redemption for his people; he ordained his covenant forever – holy and awesome is His name!” Psalm 111:9 (NIV)

To be humbled and challenged in our minds, hearts and bodies…

To be reminded and revive our souls to the good things God has done for us and continues to do for those who love Him.